The way we use social media is changing. The technology allows new forms of control, encouraging new forms of social interaction, promoting certain values while discouraging other values. Crucially, the technology was often not designed for its current use in the first instance but has been repurposed by its users to satisfy their evolving needs.

To date many researchers are working on imparting human values in their research and design. This is not just about improving usability and effectiveness of interaction design but more on thinking how moral and ethical values are affecting certain parties upon whom the technologies are being implemented.

In 2010, a group of researchers had introduced the concept of extended episodic experience, which was developed to understand the emotional and human values implicit in long-term interactions in social media. The concept can also be a means to promote positive values in technology. Extended episodic experience or EEE is defined as a long-term experience that combines multiple individual experiences that happen at different times and places. Each individual experience, which they call an episode, involves reflection, perception, awareness and emotions. The concept was defined from a research on user experience in photologging. Although the study has focused on photologs, the knowledge could be applied in other social applications such as Facebook. There are three aspects that allow experience in social media to become a long-term experience

First, every action in social media has a direct, reflective and reflexive effect. For example, the act of posting is 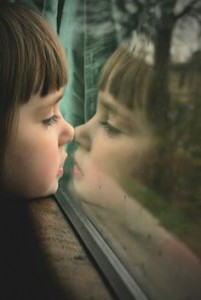 fundamentally about deciding how to act by envisaging future episodes. Our action in social media is influenced by accumulation of previous experience of posting, commenting, browsing, discussing and even capturing photographs.

Secondly, there are different long lasting threads or the extended nature of experience and these threads are often influenced by our mood. Interactions with an individual may intersect between the physical and the virtual world. The interaction could also intersect between different media (photolog, Whatsapp, Twitter, Facebook). Currently, almost every aspect in our life revolves around the Internet. For instance, for students in the university, the Internet is not just a place to check emails, but it has become a place to listen to music, to do their groceries, to manage their financial management as well as to get comfort and to play games. The degree of changing from one place to another is very high. We could be doing our coursework and whenever we feel restless, we could instantly click on social media for some online therapy. We click on some photos, scroll up and down the timeline and engage with some posts. The interaction in social media will only last several minutes before we resume the coursework. We could also log into the Internet to check emails but can quickly divert to Google to search something that just slip into our mind. The thread of experience in online space is often instant and involves rapid switching. The adrenalin flows, the mood swerves and the physical body acts accordingly.

The thread of experience online accumulates physical acts, impulses and feelings. Although this is also happening in our offline social activity; the rapid mood switching rhymed with the physical act when we are online is very interesting to note.

Thirdly, the ongoing experiential episodes occur within a specific virtual location (Flickr, Facebook, Twitter), creating a sense of ‘place’. The fundamental insight here is, the user adaptation of social media and their ongoing social interaction in the space has revealed a sense of deep personal connection when visiting the application. The ongoing social interactions with multiple people, friends and strangers, within the single virtual ‘space’ have, after a time, created a sense of associations and expectations – the space becomes a place. Some used it to share pictures, to find friends, while others regard social media as a place to improve their domestic activity. Some might argue if compared to physical space, social networking application per se could not be regarded as a place because of their identity-less. On the surface it would appear that only the skinned and decorated personal pages within these sites could become ‘places’. However, as we have observed, although the social media application might lack this criteria, the application has become a place to some people, which results from their ongoing interaction, purpose and meanings that the individuals ascribed.

Haliyana Khalid holds a position as a Senior Lecturer and the Head of Information Systems of Putra Business School. Haliyana is also responsible for the social media presence of the School- involves in creating the content strategy, develop brand awareness, generate inbound traffic and creating an engaging online community.