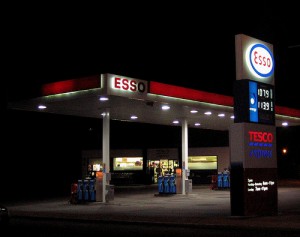 The drop in oil prices from US$30 to US$28 on Friday 15, January 2016 caused a severe drop in Wall Street stock exchange and this caused a ripple effect across Asian exchanges on Monday 18th of January. It seemed as if the world was doomed with the drop in oil prices. In Malaysia, there has been layoff of employees in the oil & gas (O&G) sector. According to a Forbes report last October, the oil price crisis had a job casualty of 200,000 worldwide and two (2) per cent of the casualties or 4,000 jobs is in Malaysia .

We have often seen an increase in prices of food, transport and generally across the board whenever oil prices shoot up. Conversely, should not there be a drop in prices of items and services in tandem with the decrease in oil prices. Unfortunately, this has not happened. The only benefit to date has been a reduction in the petrol prices whilst the rest of the products and services has remained unchanged.

In some countries like India and Thailand, the governments has in place a Price Control Act not only on staple products but across the board on most products and services sans luxury items. It’s common in India to have the price of that item bearing the seal of the government approved price. The government of India is acutely aware of the cost of the product and the approved profit margin for the product. Some may term this as micro-managing but historically India despite being the world’s largest democracy has elements of socialism in its governance.

Whereas in Malaysia, the Price Control Anti-Profiteering Act 2011 (PCAP) was passed in an effort to alleviate concerns among Malaysian consumers to ensure that local traders and suppliers will not unreasonably increase prices of goods and services in anticipation of the introduction of the Goods and Services Tax (GST) regime in Malaysia.

Though there has been publicity in the media on some arrests made by the authorities of certain businesses that have increased the prices of some of their products, needless there has not been a noticeable decrease of prices of products across the board. The implementation of GST is not an excuse to increase the price as the GST paid by consumers is payable to the government and has no bearing on the businesses profit.

Thus, the government may need to study the Price Control Act of India as the Indian authorities despite the size of the country is able to keep prices in check. The Price Control Act, essentially determines the profit margin permitted for a product or service and is determined by the government and the businesses do not decide on their profit margin. This may sound draconian and authoritative, however in the context that a sizable population of India are poor, this is permissible.

There may be a hue and cry from the business fraternity in Malaysia in the event that the Indian model is adopted here, however in the interests of the public at large, this should be the act of a caring government. After all, prices are currently fixed on major staples and there are control items such as cement and steel bars for the construction sector. The government just needs to extend the price control across the board on most essential items and services and halt the profiteering decisively.  This may reduce or change the “trust deficit “ that currently ails the Government.

Noor Mohamed bin Mohamed Younus is a Putra Fellow lecturing to MBA students . He holds a HRDF and CFP certification and a Dealers Representative License issued by the Securities Commission. He is from the industry having worked in the stock market sector for 23 years and worked in the banking , finance and housing sector for another 10 years.